Each of the three awards are timed to coincide with the OHA Biennial Conference.

The Hazel de Berg Award, which was first issued in 2006, recognises a person who has made an outstanding contribution to the field of oral history over a considerable period of time.

The OHA Book Award and OHA Media Award were introduced in 2019 with the inaugural recipients announced in early 2020.

In 2021 when the Biennial Conference was postponed for 12 months due to COVID restrictions, the national committee decided to also postpone the Hazel de Berg Award for 12 months but proceeded with the OHA book and media awards.

This means the OHA book and media awards will be awarded in both 2021 and 2022, but the Hazel de Berg Award will only be awarded in 2022.

The next round of awards will coincide with the 2022 OHA Biennial Conference in Launceston, Tasmania. The Hazel de Berg Award is open for nominations but the book and media awards have not yet opened. 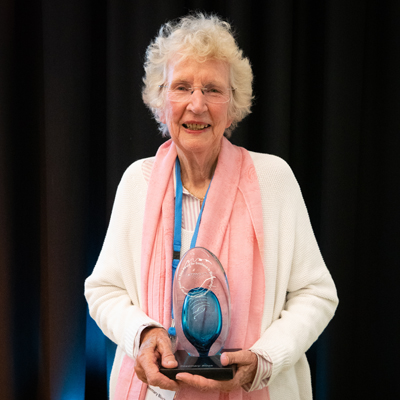 In recognition of an outstanding contribution to oral history including her work as Curator of Oral History at the State Library of New South Wales and as a former national president of Oral History Australia and Oral History NSW.

In the Eye of the Storm: Volunteers and Australia’s response to the HIV/AIDS

The winner is: Stories of Strength: Songs and Stories from Anne Street Reserve 2021.

Using material from the Anne St Reserve Oral History and Concert Project, Stories of Strength was a concert that was produced by Big MAMA Productions, and performed in Broome in May 2021.